Q: Where are all these remote-based travel jobs?

A: I don’t know…But a quick google search will provide with approximately a bazillion ways to “Make A Living From Your Laptop!”….Sorry, I can’t tell you how to do that.

I CAN tell you how to make a living singing, dancing, and following your passion for performing.

Entertainment is an industry full of travel opportunities

Performing on tour, abroad, or onboard cruise ships are all ways to make money while roving around the world while pocketing your paycheck. Today I’m dishing what I know about securing a job performing onboard cruise liners.

They’re free and open for anyone to attend—we call this an “open call” or a “cattle call.” No agent necessary! You’ll find auditions touring globally at most major cities in North America, Australia, and Europe. With the help of social media, keeping up to date on these auditions is easier than ever. If it’s still too far to make an audition in person, many cruise companies now accept online submissions of performance material and show skills in video reel form. Below each cruise line company below, I’ve listed whether their casting departments hire from digital submissions.

Dust off your talents and get yourself a headshot. Audition season for ships never ends!

**Below is what I know to be current and accurate. If you see info that needs updating, let me know in the comments.

A modern luxury large-ship fleet, Celebrity has undergone some serious rebranding in the last decade. Their newly refurbished ships are modern-chic with clean lines and a contemporary feel. Celebrity just produced 18 NEW shows which feature contemporary pop and rock. Their shows are edgy with lots of circus elements (think hand balancing, silks, lyras, and pole artists).

RC is known for bringing Entertainment from the likes of Broadway to the high seas. RC was the first to install Broadway shows onboard like “Hairspray,” “Chicago” and now “CATS” and “Grease.” The team at RC are always innovating. Expect to see entertianment of all kinds aboard Royal Caribbean ships like high divers, ice skaters, BMX cyclists, gymnasts and circus aritsts. With one of the largest fleets in the world (24 ships!) RC has a lot of theatres to fill. They’re creating shows of all genres, from classic Motown, to Cirque-style to Vegas style, and the aforementioned Broadway features.

Princess has a large fleet of eighteen ships of various sizes. Their entertainment is classic production show style (think Elton John medleys, Motown mashups, Country Jams). A lot of cruisers gravitate toward this nostalgic variety-show entertainment. To perform these shows you need to be skilled in dancing an array of styles. New shows with contemporary music can be found on their bigger ships, like the Royal Princess and the Regal Princess. Princess has recently  partnered with Stephen Schwartz, composer of Wicked, Pippin and Godspell. Schwartz has crafted custom shows for Princess Cruises inspired by Princess’s exotic itineraries like “The Golden Silk,” performed on East Asian itineraries.

Holland America Line (HAL) does not have an in-house production company, which means they employ third-party production companies to design shows for their fleet. Holland America currently commisions entertainment from RWS Entertainment Group, a New York City-based entertainment company known for staging shows in theme parks and industrials across America. The result is a line up of new, high-energy, contemporary shows that feature top Billboard hits. As of Summer 2018, RWS is beginning a transition away from full-time production casts. Instead, they are training casts to perform onboard for shorter stints as “guest entertainers.” This means singers and dancers are onboard for 3-4 months at a time and receive a higher standard of living.

Norwegian is another line of ships pushing their entertainment to land-based standards. Like Royal Caribbean they’re bringing near-full-length Broadway shows to the high seas with the likes of “Legally Blonde” and “Million Dollar Quartet” to name a few. These shows attract cutting-edge talent and fresh new dancers. Norwegian is expanding and just adopted Regeant Cruise Lines and Oceania Cruise Lines under its umbrella of entertainment. So when you audition for Norwegian, you can also be considered for these smaller lines as well.

Carnival cruise lines is doing something with their Entertainment. They no longer hiring large casts of Principal Singers and Ensemble Dancers. Rather, they’re recruiting smaller casts of uber-talented triple-threats– Singer/Dancers and Dancer/Singers. So that means you have to have strong singing chops, in addition to real movement ability. Their shows feature newly installed LED screens and incredible lighting.

At no surprise, Disney Cruise Lines ranks high among onboard entertainment. Disney cares about entertainment and knows how to invest in it. Unlike most cruise ships built and designed by the rigid minds of nautical engineers, Disney ships were built with Entertainment in mind. Passengers that choose to cruise with Disney do so because of the brand they’re familiar with from the theme parks. Disney is a family oriented cruise company (duh) so expect the passengers to follow in that vein; the ship will ooze that family feel. You can find audition details at the global Disney Audition site.

Azamara is a subsidiary of Royal Caribbean. You’ll find their audition details on the same website as Royal Caribbean Productions. Being a small ship fleet, the entertainment cast is small and the performance experience more intimate.

As of 2018, Viking Ocean cruises will no longer be hiring onboard full-time production singers and dancers and will transition exclusively to guest entertainment performers.

This luxury all-inclusive line just got absorbed by Norwegian. Therefor, if you audition for Norwegian, you’re often considered for Regent shows too. Find details at their audition page. Expect Regent to demand high-class entertainers and cabaret-style performers who appeal to their ritzy clientele.

SilverSea Entertainment is currently produced by Luna Rossa Productions out of London, England. I don’t know anything about these productions. But their shows look regal, which would match the luxury brand that is SilverSea.

Thomson is Europe’s version of Carnival Cruise Line. It’s a family-style cruise line that offers short, inexpensive cruises affordable for the middle class. Their shows are put on by Peel Entertainment. You can submit to them directly, or through Entertainer’s Worldwide.

P & O is a mid-size cruise ship company mostly based out of Australasia. Their Entertainment is done by Headliner’s Theatre Company and Grayboy Entertainment. They produce contemporary, commercial style shows that demand highly talented performers from all over the world.

*If you find any of the information in this article to be incorrect, do not hesitate to let me know and I will correct it. Have any questions about auditions? Ask below!\ 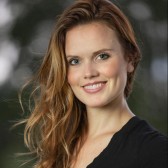 30 comments on “The Big List of Cruise Ship Auditions”